“Tell me about your corner of the world,” the hairdresser says. She yanks a comb through my hair, which is thick enough and wavy enough to flummox her. She’s already asked me if it’s natural, if I put anything in it, if I dye it.

I’m not sure what she’s asking now. “Plainsboro?” I ask. I picture our tiny apartment a few miles from this salon: the city park behind the complex, the tall bushy nameless trees.

The hairdresser brandishes her scissors. “You said you were from Illinois,” she prompts. I’m surprised she doesn’t pronounce the S at the end, as so many native Mid-Atlantic speakers do, in a way that makes them sound as nasally as my compatriots back home.

It’s been close to nine years since I packed a load of things into my parents’ minivan to move to the East Coast, and nine years, except for a brief summer internship in Chicago, since I really lived there. Nine years ago, I would have (and probably did) natter on about the Rockford Peaches and Jane Addams and Abraham Lincoln and possibly even Ronald Reagan, our most native sons. For that matter, I would have told the story of Black Hawk.

But now, as the hairdresser trims the underside of my unruly hair flip, what I picture is the land (flat, endless) and the sky (wide, endless). I think about the possibilities there, and the past. I see green and blue. I see corn, of course, and soy beans.

“Are there lots of lakes?” she asks.

She is thinking of Minnesota, probably, or perhaps Wisconsin, and I doubt she knows the difference. I doubt she could discern Indiana from Illinois on a map. I say, “Sure,” but I don’t tell her about Lake Michigan, because easterners don’t understand about the Great Lakes, and I don’t tell her about the swimming holes near Oregon, Illinois, the swollen river near Starved Rock State Park. These feel like secrets. They feel like treasures meant to be shared only with those who already know how to appreciate them.

It’s not that absence has made my heart grow fonder of my home state: I go back two or three times a year, to visit family and to do research. But I do look at it now like a visitor, like a writer. I see its texture; I feel the weighty dizziness of a vast open sky and the sight of a storm coming in from a dozen miles off. I want to know the names of all of its flowers and trace the routes of all its rivers.

The hairdresser tugs at a curl then and in the mirror I see her grimace at the effort. 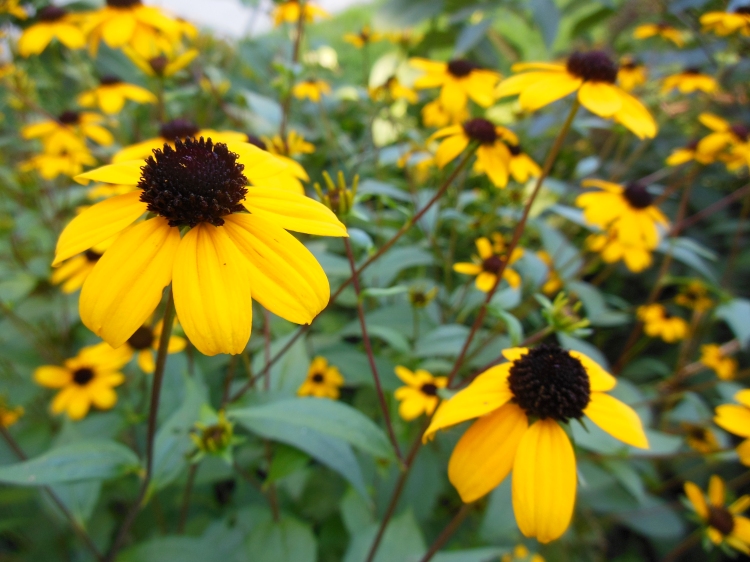